2020 was a hectic year and somehow I didn’t manage to post on my blog, however I was hard at work finishing some of my side projects. One such side project has now been approved and is live in the Mac App Store – Text Calculator.

END_OF_DOCUMENT_TOKEN_TO_BE_REPLACED

Firstly Windsock has been in the store for nearly three long years and was originally developed to work on iOS 5 which is an incredibly long time for an app! I worked hard building it so that I could save time finding the best location to fly my model plane from after work and originally developed it for myself.

I’ve often struggled to find reliable data that updates hourly until I found the amazing Forecast.io. This is a paid-for 3rd party service used by Windsock behind the scenes to collate and compute data from over a dozen different sources to give you the most reliable data possible. I also use data from a number of other sources and these are merged and handled by Windsock’s server – the server the app talks to. However recent downtime and removal from the App Store has questioned it’s future…

END_OF_DOCUMENT_TOKEN_TO_BE_REPLACED

Windsock is an advanced weather app for fliers of RC planes, helicopters and drones. I’ve been busy on bug fixes with Air Drop and some new features such as adding in magnetic declination info for sites. Here’s a app walkthrough of Windsock 2.0.1. Windsock is available to download from the App Store now. Let me know if you have any feature requests too – http://windsock-app.com/ 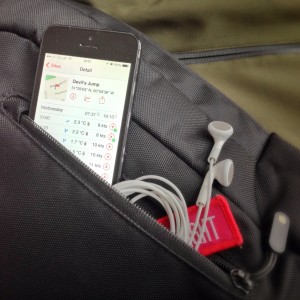 My app Windsock 2.0 has hit the App Store. It’s an advanced weather app for flyers of RC planes, helicopters and drones, optimised for iOS 7 with a slick new minimal design. Windsock solves that problem of having a few flying sites you like to fly at and not knowing what the weather will be just before dusk (often the best time to fly). Its main focus is on wind direction and wind speed, sunrise and sunset times – critical information for RC flyers! This app is also particularly useful in these cold wet months as it makes finding a good ‘flying window’ of weather much easier.

How accurate is it?

It’s powered by Forecast.io. An advanced weather service that delivers hourly weather forecasts. Forecast.io works by aggregating together statistically multiple sources such as local RADAR, MET office stations and data fetched from satellites for NOAA, the US NAVY, the Norwegian Meteorological Institute and the Canadian Meteorological Center. Aviation buffs will be pleased to know it also sources data from worldwide METAR observations (the same ones 747 jet airline pilots check in some form at airports). END_OF_DOCUMENT_TOKEN_TO_BE_REPLACED

I’ve just finished developing Yeti Escape for Vivid Reflection, my iOS development company. Yeti Escape is a new Christmas-themed retro game for iOS. The story: Present-hungry yetis have escaped from the North Pole and threaten to ruin Christmas. Pixel Santa must save the day by throwing spare presents at them. Can he still make his deliveries on-time? The game is available now on the App Store and I’ve made a short 2 minute video demoing the retro gameplay and awesome 8-bit sound effects and music so please check it out.

The Yeti Escape game is made in Cocos2D and has Game Center leader board support so you can challenge your friends too. It’s a fun variation on the classic 8-bit arcade shooter. You play by tapping the screen to fire presents from your sleigh, aiming to hit the yetis. Once they consume a present they disappear back to their slumber in the North Pole. If they escape, they eat everyone’s presents and it’s game over. In some ways it plays a bit like a modern-themed twist on the arcade classic Missile Command. As Pixel Santa is moving through the game world, you have time and aim the shot just right to hit the moving yeti. There are a number of different yetis all of differing strengths and speeds which try to escape at different times and if you’re not expecting it you’ll find yourself shrieking as some “super powerful bad-ass” sumo yeti escapes with your last life.

Please let me know what you think about the game in the comments. What’s your best bit about 8-bit retro games?