2020 was a hectic year and somehow I didn’t manage to post on my blog, however I was hard at work finishing some of my side projects. One such side project has now been approved and is live in the Mac App Store – Text Calculator.

END_OF_DOCUMENT_TOKEN_TO_BE_REPLACED

As an iPhone and iPad developer, Apple often present you with beta versions to install which sometimes require you to also install a beta version of iTunes. Of course the contents of these beta versions are under strict non-disclosure agreements but the process of rolling back isn’t so I’ll quickly explain how to do it…

When you installed the beta, it will upgrade your iTunes library database but if you try to downgrade back to the old version at a later date you’ll be presented with an error message saying that iTunes cannot read your library.

Don’t panic! The beta version has just moved your library database to a backup folder and with a simple drag and drop you can have your old library database up and running again. Your old database should be found in ~/Music/iTunes/Previous iTunes Libraries dated with when you upgraded. Just drag that back into ~/Music/iTunes renaming it to iTunes Library.itl (you’ll probably need to delete the existing iTunes Library.itl file too as that belonged to the beta version and you just uninstalled that).

That’s all you need to do to get your old iTunes library working again. Just before you begin make sure you back up everything!

It’s now been just over 3 weeks since the torrent of information unleashed at Apple’s World Wide Developer Conference refreshingly drenched the brains of designers, developers and engineers. I’ve resisted blogging about the public announcements to fully let the impact soak in and gage everyone’s reactions but now feels like a good time to talk about where the future of computing is heading.
END_OF_DOCUMENT_TOKEN_TO_BE_REPLACED 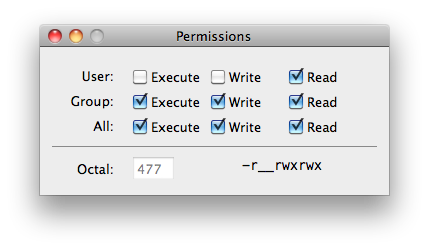 I was also learning some crazy assembly code at the time too so I was also making sense of putting bitwise operations to task. Rather than let this code languish on my hard drive, I thought I’d share…
END_OF_DOCUMENT_TOKEN_TO_BE_REPLACED